Blood Oxygen Level Dependent (BOLD) functional Magnetic Resonance Imaging (fMRI) depicts changes in deoxyhemoglobin concentration consequent to task-induced or spontaneous modulation of neural metabolism. An increase in neural activity corresponds to a local increase in oxygenated blood supply. Attributing the contrasting magnetic properties of oxygenated Hemoglobin and deoxygenated Hemoglobin, fMRI measures these alterations in the relative composition of local blood supply. It is non-invasive as it does not employ radiation, making it a virtually zero-risk procedure. It also enjoys relatively low cost, widespread availability, and a good temporal to spatial resolution tradeoff, making it the predominant choice for measuring brain activity [1].

fMRI is an indirect measure of neural activity. The resulting BOLD signal attributes to the underlying neural activity as well as the Hemodynamic Response Function (HRF). Hence, variability in the HRF can be confused with variability in the neural activity. Several studies have established that HRF varies across subjects as well as across brain regions for a particular subject. This makes it necessary to individually estimate the resting state HRF (rsHRF) across different regions of a brain. An effective methodology for the same has been suggested by Wu et.al[2]. It is based on point process theory and fits a model to retrieve the optimal lag between the events and the HRF onset, as well as the HRF shape. This has been implemented in the rsHRF toolbox.

The Virtual Brain (TVB) is a neuroinformatics platform for the simulation of the dynamics of large-scale brain networks with biologically realistic connectivity. It aims to bridge the gap between the various levels (microscopic, mesoscopic and macroscopic levels) of brain modeling. It is foremost a scientific simulation platform and provides all means necessary to generate, manipulate and visualize connectivity and network dynamics. Its simulation toolkits facilitate the top-down modeling approach to whole-brain dynamics[3].

TVB also allows simulation of BOLD activity, however, it suffers from the drawback of considering a standard model of HRF across subjects as well as across brain regions of a particular subject. To improve this, we propose to first estimate the rsHRF of all the voxels from fMRI input data, and then average these values over the regions used in TVB. These values can consequently be utilized for simulating BOLD signal in a subject- and region-specific way. This could be a valuable addition to TVB. 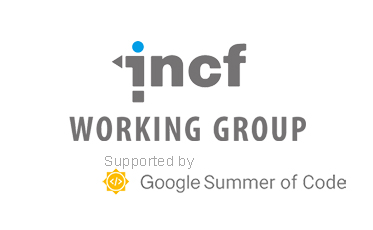 To simulate subject- and region-specific BOLD signals by estimating the rsHRF of all the voxels from fMRI input data, then averaging these values over the regions used in TVB.