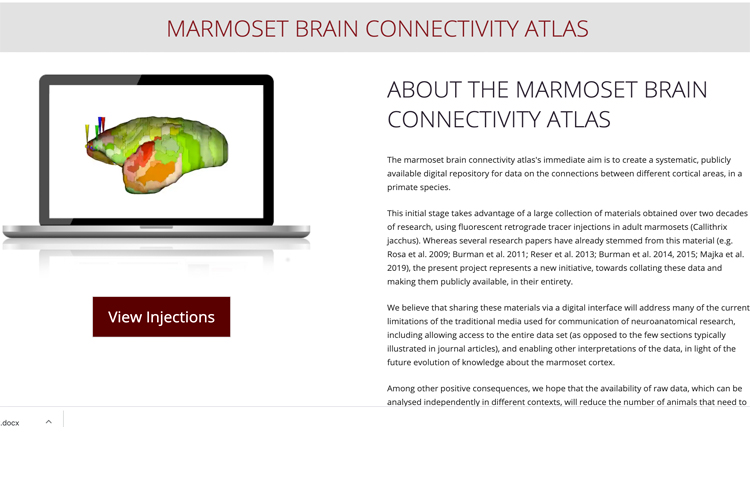 The developers of the Marmoset Connectivity Atlas have published a paper describing the resource in Nature Communications (https://www.nature.com/articles/s41467-020-14858-0). The Marmoset Connectivity Atlas is the result of a collaboration between the INCF Polish and Australian Nodes that was facilitated by the INCF seed funding scheme. The atlas allows exploration of results of 143 retrograde tracer injections in the marmoset neocortex. Data obtained in different animals are registered to a common stereotaxic space using an algorithm guided by expert delineation of histological borders, allowing accurate assignment of connections to areas despite interindividual variability. The resource incorporates tools for analyses relative to cytoarchitectural areas, including statistical properties such as the fraction of labeled neurons and the percentage of supragranular neurons. It also provides purely spatial (parcellation-free) data, based on the stereotaxic coordinates of 2 million labeled neurons. This resource helps bridge the gap between high-density cellular connectivity studies in rodents and imaging-based analyses of human brains. Learn more at marmosetbrain.org