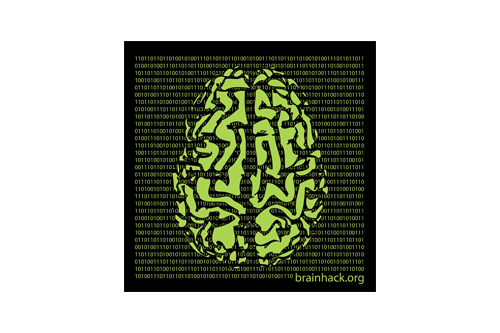 10+ years of Brainhack: an open, inclusive culture for neuro tool developers at all levels

Brainhacks and similar formats are increasingly recognized as a new way of providing academic training and conducting research that extends traditional settings. There is a new paper out in Neuron, by 200+ authors, describing the format and what makes it valuable to the community. This post aims to highlight some of the core themes of the paper.

Brainhacks have been held since 2012, organized by local communities, sometimes in sync with other hackathons taking place elsewhere. In 2016 the format developed into the Brainhack Global - a synchronous swarm of hybrid meetings arranged by local communities with local and virtual participants. In 2020, during the pandemic, the BG went fully virtual. 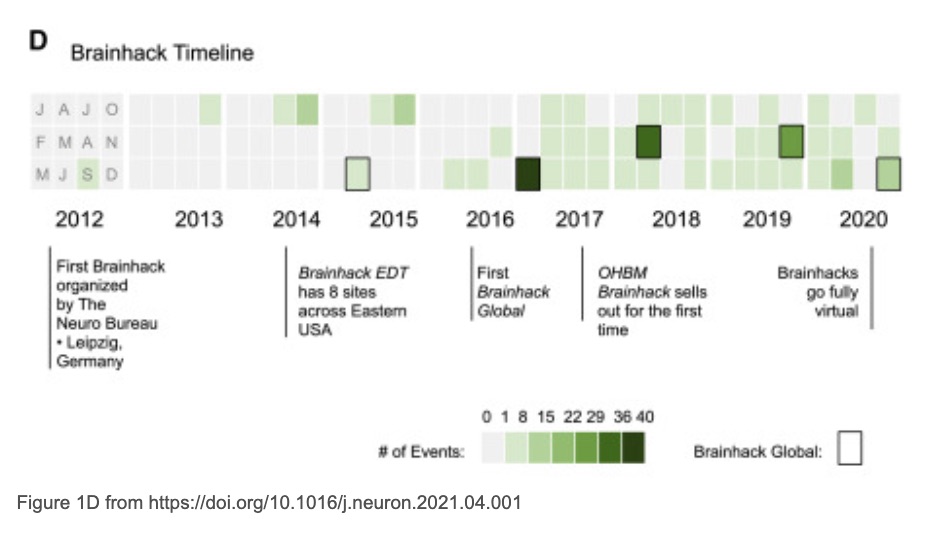 A similar growth of hackathons has occurred in communities adjacent to Brainhack. INCF started funding hackathons early because our community asked for it; and when we saw the value and inspiration hackathons brought to the community, it became a regular line item in the INCF budget. Since funding our first hackathon in 2012, we have funded or partially funded at least one hackathon each year (see our entry in Acknowledgements). Several standards, like BIDS, NIDM, and NWB, have directly benefited from being used and/or implemented in new tools during Brainhacks and other hackathons.

The Brainhack format is inspired by the hackathon model and centers on ad-hoc, informal collaborations for building, updating and extending community software tools developed by the participants’ peers, with the goal to have functioning software by the end of the event. Unlike many hackathons, Brainhacks welcome participants from all disciplines and with any level of experience—from those who have never written a line of code to software developers and expert neuroscientists, and also feature informal dissemination of ongoing research through unconferences. Also unlike some traditional hackathons, Brainhacks do not have competitions. Brainhacks value education; recent major Brainhack events even have a TrainTrack, a set of entirely education-focused sessions that run in parallel with regular hacking on projects.

4) focus on reproducibility, which leads to more robust scientific research; and

5) accelerated building and bridging of communities, which encourages inclusivity and seamless collaboration between researchers at different career stages

Brainhacks have increased insight in the value of tool usability and reusability and the need for long-term maintenance; shifting community culture from individuals creating tools for their own needs to a community actively contributing to an existing resource. They also help to disseminate good practices for writing code and documentation, ensuring code readability, using version control and licensing.

Brainhacks promote awareness of reproducible practices that integrate easily into research workflows, and show the value of data sharing and open data. They introduce participants to data standards, such as BIDS, allowing them to experience the benefits of a unified data organization and provides them with the skillset to use these formats in their own research.

Brainhacks create a scientific culture around open and standardized data, metadata, and methods, as well as detailed documentation and reporting.

The Brainhack community are currently also working to collate Brainhack-related insights and expertise into a Jupyter Book  that will serve as a centralized set of resources for the community.